Another popular Kurd in 1800th Century in Europe & US was Zaro Agha. Many newspaper and journals wrote a lot about him and his interesting life.

Zaro Agha, who believed to have lived in three centuries. The incredible 160-year-old Kurdish man Zero Agha – whose life was documented by the 1930s specialists – is believed not to be totally unexpected – being the most long-lived Kurd of modern times. 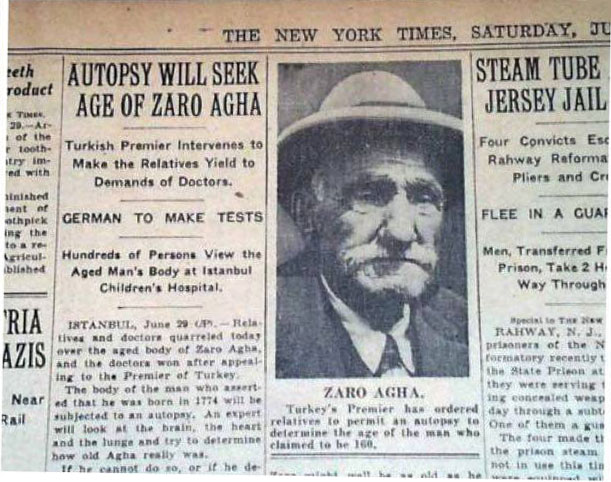 Because Zaro Agha is from the ancient mountainious town of Bitlis province in Kurdistan – not far from Caucasus. These mountainous areas are known for their record long aged old men and women. We have always seen their image of yogurt and milk packages in many countries. Many explorers, including Marco Polo, Hörnle and Rich, have expressed their admiration of the surprisingly good health of the ages in Kurdistan.

Zaro Aga came to Constantinople (Istanbul) at the age of 17 and began to work as “hammal”; load carriers and porters for a hundred years (!) He got a son when he was 90 years old. He married 12 times and had 28 children. Among his 28 children, only his 80-year-old daughter survived him. It’s no joke to say he lived for three centuries. He was discovered by an American archeology expedition in Constantinople. He was very well received in the United States.

The world’s oldest man on sightseeing with company of two American ladies on the world’s higest building: The Empire State Building 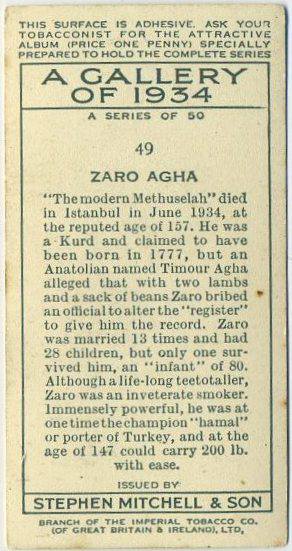 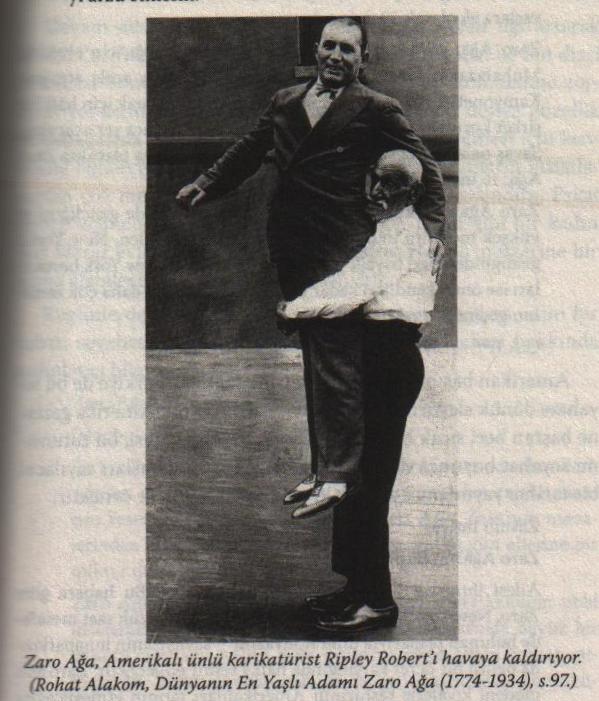 A NEWSPAPER ADVERTISEMENT FROM 1928

A newspaper advertisement about the world’s oldest man, Zaro Aga, in an American newspaper in 1928. It is believed that Zaro Aga lived 160 years. He was known a strong carrier. He was known as an extraordinarily strong load carrier:

‘‘KHIYAR The giant Kurd is the greatest burden bearers. Some carry loads as high as 700 lbs. The sightseer asking ‘Upon what food does he feed to get such strength?’ expects the answer to be ‘Raw Meat.’ But the real answer is Khiyar – meaning raw cucumbers… more than three pounds daily is his summer ration. Proving again that the big point in anything is not what you put into it – but what you get of it. That ‘s why we don’t talk about the ingredients of Morganite brushes. What does it matter whether they be curd, or carbon, or cucumbers as long as they’ll carry any loads and reduce your annual brush cost.”

View all posts by KurdishMuseum

This site uses Akismet to reduce spam. Learn how your comment data is processed.